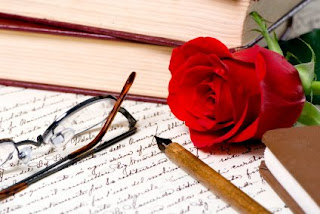 Like many women across the country, I read Stephenie Meyer’s Twilight. A friend insisted. Normally, I have no desire to read Young Adult Fiction, nor am I into vampire stories, but I couldn’t put it down once I reached the end of the first chapter. Stephenie pulled me in with her use of deep first person point of view. I quickly felt as if I were in this heroine’s head. At the end of the chapter, I suspected the hero was a vampire, but she didn’t confirm my suspicions right away, so I wanted to read further. By the time I knew I was right, she’d hooked me with the romantic/sexual tension. Twilight is the perfect example of an author doing it right.

What is romantic/sexual tension and why did I lump these terms together? Romantic tension is the building of the emotional feelings bringing the two characters together. Inspirational authors usually deal mainly with romantic tension and not sexual because of the religious themes in their books. They build this tension by first showing the hero and heroine are good people worthy of the love of the other. Then by showing an emotional connection developing between the two. These people need each other because they are happier, better people together than apart. They are two puzzle pieces that fit. This is true of any book with a romance or romantic subplot, not just inspirational ones. In my book, Liquid Hypnosis, the hero’s calm personality settles her nerves by just being near her. Her life is better with him by her side.

I lumped both terms together because books that are not inspirationals need to build both the romantic and sexual tension simultaneously. The emotional pull between the two intensifies, as does their physical desire to be together. If you have them committed with great sex at the end of chapter three, there’s no compelling reason for your reader to stick with your story. Erotic romances might have the couple falling into bed in the first chapter, but there usually isn’t the emotional commitment we know comes at the end of the book. Think of the movie Pretty Woman. The Julia Roberts character won’t kiss Richard Gere’s character because it’s too personal. The payoff of watching the movie is near the end when she finally kisses him and we see she’s in love. (“Show, Don’t Tell”) Kathryne Kennedy is amazing when it comes to building sexual tension. The first sex scene is never a total commitment both physically and emotionally, so you want to read on. In Tia Dani’s Color of Dreams, coming soon from The Wild Rose Press, the fairy can’t sleep with a man until her 29th birthday or she loses her powers. Every time they try to get together, something or someone intervenes. Talk about needing a cold shower.

A successful book or movie will bring the hero and heroine closer both emotionally and physically one step at a time. In Twilight, Stephenie shows an attraction between the two characters, but keeps them physically separated at the beginning of the book. No touching of any kind. First, they are stretched out near each other on the grass, and then later she accidentally touches his hand. When he does finally kiss her, she tries to pull him close and he throws himself back against the wall because he’s afraid he’ll lose control. Okay. Here we have a good guy whose main concern is protecting her, yet we see how strong their attraction is. As a mother, I was glad they didn’t do anything since she’s a teenager. As a woman, I had to keep reminding myself this vampire was born in the early 1900s or I would have had to stop reading the book there.

Sex scenes, if you include them, should focus on the emotions of the characters. How does she feel when his breath warms her skin as he leaves a trail of kisses down her neck? How does her body react? What is she thinking when he looks into her eyes as if nothing in his life has ever been more important than that moment in time? The initial stage (foreplay) is the time when the two characters are showing their true feelings for one another. I believe the more you focus on emotion, and the less you focus on Tab A and Slot B, the more you’ll connect to your reader’s fantasies. Our imaginations can fill in all of the blanks nicely. If you write erotic romances, that is a different story. Your readers want those types of details.

After building the romantic/sexual tension with small touches and acts of kindness or heroism, you should show the strength of their love. In Twilight, we know the hero is worthy because he doesn’t want to be a monster. Also, he tries to stay away from her because he’s afraid he’ll hurt her. Of course, his feelings for her are too strong and he can’t stay away. Now that pulls on the heartstrings. What woman can resist a man who loves her so much he’s willing to overcome any obstacle to be with her? In The Notebook, Noah’s love for her is so intense he defies the odds stacked against them. He ignores her parent’s objections, the differences in their financial status, time separated, her being engaged to another man, and in the end, he even fights mental illness to keep her close as long as possible. Every woman should be loved by a Noah.

A good story will keep the two characters separated by a powerful conflict. I can’t think of a stronger conflict than the hero fighting his baser instincts to literally suck her life right out of her. The heroine trusts he will not harm her, thus showing how strong her feelings are for him. (Remember, if he kills her the story is a thriller and not a romance.) Those of us not writing vampire stories will have to use more modern day conflicts. An example often used is “If he’s a fireman, make her an arsonist.” My heroine is a DEA agent, so I had my hero commit a criminal act – for noble reasons.

If you are thinking this is a lot of work, you’re right. So far, you’ve had to show they are good people worthy of each other’s love, prove they will be better together than apart, build the sexual tension by starting off with small touches, then lead into kissing and eventually making love. If you have more than one sex scene, the first one cannot have the total emotional and physical commitment to one another. The conflict keeping them apart has to be so strong the reader is wondering how in the world the author will ever overcome it. Finally, you reach the point where a choice is made. The characters have to decide that their love and need for one another is so powerful they are willing to risk anything to be together. In Liquid Hypnosis, she puts her career on the line to be with him. He has to be willing to overlook her doing some horrible things to him in the name of that career. Once that emotional commitment is made, then it is time for the two to hit the sheets giving of themselves without any reservations. At this point, I would quickly wrap up any other storyline you have. I believe readers will only give you a chapter or two at most before they put the book down once they’ve received the emotional payoff.

Building the tension may be a lot of work, but if you love your hero, most of this will come naturally. Trust your instincts.

Posted by Tina Swayzee McCright at 5:00 AM

Thanks, Tina, for such a wonderful post. You've hit it right on when it comes to emotion.

As for Twilight, I haven't read the book or seen the movie, but I just might have to get myself a copy if you were sucked in on the first chapter.

I haven't read the Twilight series either becuase I'm not into teen romances or vampires either, but like Carol, I may have to give it a try.

Thank you, ladies.
I only read the first book, but it is definately worth the time to read it.

Tina,
What a great post! And a nice reminder of how to show and not tell. You make it seem easy.
I also haven't read Twilight but a friend at work just gave it to me and it's on my to-read list. It sounds like one of those magical books that you just hate leaving behind.

Great advice, Tina! All of my favorite books have great sexual/romantic tension.(I loved Twilight, too.)

Thanks to both Donnas.
I appreciate you both dropping by and leaving comments.

Fantastic post, Tina!! I'm a big fan of sexual/ romantic tension in stories. I also saw the movie Twilight and loved it. 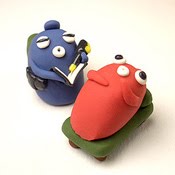